The semifinals will be played at the Ravelin Football Zentrum

The semi-final between the Vienna Vikings and the Barcelona Dragons will be played at the Ravelin Football Zentrum. After the Austrian franchise was refused to play at the Generali Arena two days ago, the venue for this playoff match is now official.

The Ravelin Football Zentrum is the center, the facility, where the Vienna Vikings do their practice sessions. The Austrian team has found the solution so that the semifinal match in which the team led by Andrew Weidinger finds itself is held and played in the capital.

This Sunday, September 11, at 2:45 p.m., at the Ravelin Football Zentrum, it will be decided which team will reach the Klagenfurt grand final.

Both sides arrive with a more than positive balance to the first truly important and key event of the season. The Barcelona Dragons will return to Vienna having posted an 8-4 record in the regular phase, while the hosts will attend after recording a 10-2 record. Both Dragons and Vikings will enter the Ravelin Football Zentrum having lost their last game.

Third meeting of the season between these two good squads after the first two matches fell on the Austrian side. New match and new opportunity for the HC Weidinger team to beat the Vikings and thus reach the grand final. 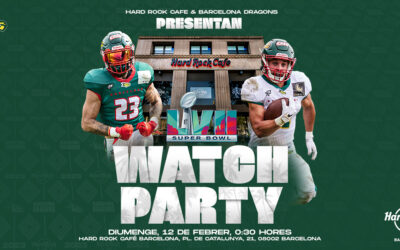