STRONG VICTORY (62-8) TO SECURE THE CONFERENCE AND THE PLAYOFFS 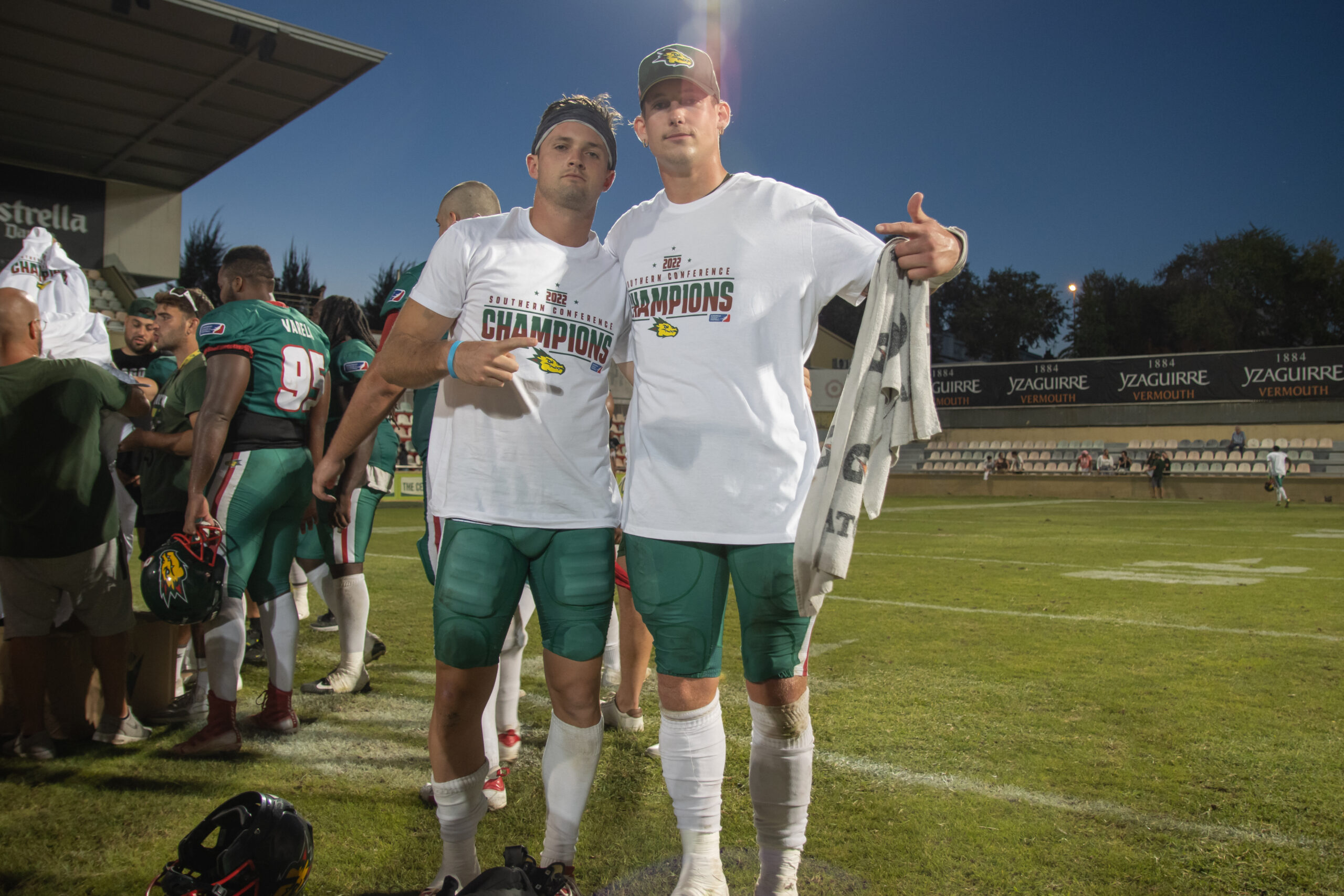 The Barcelona Dragons are already a playoff team. Secure leadership of the Southern Conference and their place in the semifinals in the pocket. All this after inflicting a more than forceful result on the Stuttgart Surge (62-8). Now, with two days left in the regular season, Andrew Weidinger’s boys will fight to have this only playoff game at home, at the Reus Municipal Stadium.

There was practically no encounter. And it is that in the first quarter of the contest everything was already seen for judgment. The Barcelona Dragons became an unstoppable freight train for the Stuttgart Surge. The first fifteen minutes of the duel ended with a score of 35-0 in favor of the home side. Three touchdowns by Kyle Sweet, one of them, the second specifically, simply spectacular, and two of the RBs – one by Montón and another by Jiménez – were what dynamited the clash.

In the second period the pace did not drop practically. Neither in attack nor in defense. And it is that the ‘D’ of the Dragons curdled again a sensational match. So much so that they were hardly on the green. Lucas Masero’s interception, or the balls recovered by Yago Rivero and Alejandro Fernández practically at the beginning of the change meant that the Offense had to return to the grass in a few minutes. For his part, the attack followed his own. Three more TDs in the second period to make the score 56-0. In this assault, those who signed them were Benjamin Plu, Toni Montón, with the second of the afternoon, and Igor Maslanka.

After going through the changing rooms, the script of the match did change a little. The tempo dropped with the match fully controlled by the HC Weidinger wards. It was in the early stages of the fourth quarter that the Dragons would leave the scoreboard still after Jordi Torrededia’s TD. The Catalan received a touchdown pass over a Zach Edwards who swelled to accumulate passing yards and services for TD. In fact, ‘Magic’ surpassed 5,000 passing yards in the history of the European League of Football. The first and only QB to reap that number.

Already in the last quarter, the Stuttgart Surge made up the score a little by scoring the touchdown of honor with which they avoided being at zero. The Germans, in addition, made good the conversion of two they tried to put the final 62-8 in the bright lights of the Municipal Stadium of Reus.

Once all the seconds on the clock were consumed, the party and euphoria broke out on the field of play, accompanied by a fan who once again vibrated in the stands with the team.

CHASE BAKER RENEWS ANOTHER YEAR WITH THE BARCELONA DRAGONS

The 34-year-old American, Chase Baker, commits one more season with the Catalan entity to play in the European League of Football 2023. The Defensive...

Jorge Félix Velasco commits to the Catalan entity for one more season to play the European League of Football 2023. Taking advantage of the Yzaguirre...