Melvin Palin (Quimper, France. 1996) joins the ranks of the Barcelona Dragons to play in the European League of Football.

The Wide Receiver (WR) has been reaping a multitude of experiences, not only in European football, but also in North American. Palin trained in his hometown with the Kelted of Quimper from 2011 to 2015. But the player decided to go on a journey to evolve and improve his techniques. Therefore, he packed his bags and went to Canada, where he wore the Victoriaville Vulkins shirt for two years. His performance led him to be chosen for the All Star Team in 2017 of the CÉGEP League.

When choosing higher education, he decided to sign for Bishop’s University where he played from 2018 to 2022. Once he graduated, offers from different countries rained down on him and, finally, the Frenchman decided to return to Europe to settle in Düsseldorf and sign for the Panther, a franchise that returned to the highest category of the German Football League.

Among his successes, apart from participating in the CÉGEP League All Star Team, being named Academic All Canadian in 2021 stands out. In addition, he was selected for the France National Team last year.

“I’m very happy to have the opportunity to be a Dragon for the 2023 season. It’s a very good organization with a strong culture. Playing in the ELF was a goal that I had set for myself, achieving it with the Barcelona Dragons is simply incredible”, said the Frenchman. “I’m really looking forward to meeting my teammates, coaches, all the Staff and, of course, the best fans in Europe”, concluded the Wide Receiver.

CHASE BAKER RENEWS ANOTHER YEAR WITH THE BARCELONA DRAGONS

The 34-year-old American, Chase Baker, commits one more season with the Catalan entity to play in the European League of Football 2023. The Defensive...

Jorge Félix Velasco commits to the Catalan entity for one more season to play the European League of Football 2023. Taking advantage of the Yzaguirre... 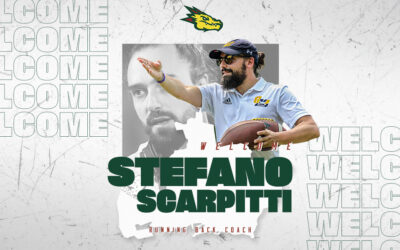